Since things were looking pretty good as far as my pintastic target, I decided to make a questionable decision and try to get some cabinet art in too. First, I took out the playfield and neatened up the cabinet wiring some more. 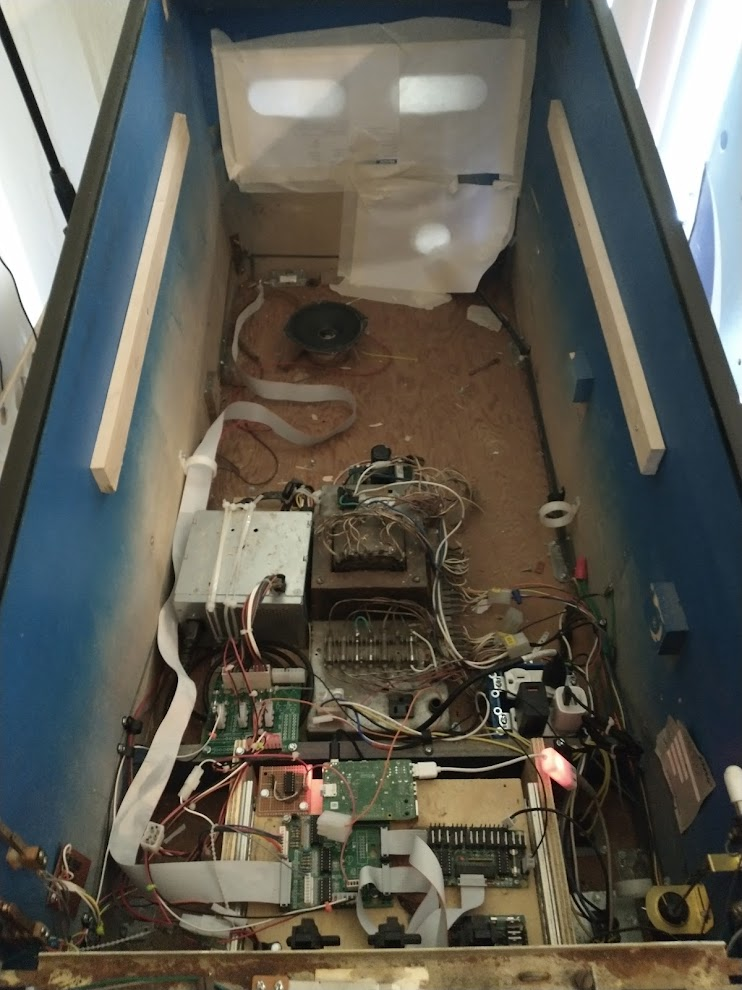 It still doesn't really look that neat, but everything is actually routed around and attached down, so I'm not really sure what more can be done on some fronts. Part of the mess is probably just the weird way everything is arranged and packed in, plus a lot of premade components that weren't meant to go together like this, like all the extra wiring on the transformer and power supply, or the USB, HDMI, and ethernet cables that I can't really chop down to their exact lengths easily.

The playfield wiring also isn't as neat as I'd hoped. When I started this project my plan was to have just two connectors going from the cabinet to the playfield: one for power and one for data. The driver boards were all going to be mounted to the playfield like on a Spike game. Instead I have two big black hoses full of ~30 separate solenoid power lines snaking all the way to the driver boards in the cab. My single power connector became two since I separated out the low and high voltages. And instead of a single 'data' connector, I now have an ethernet cable, an hdmi cable, a switch matrix cable, and a led cable. Those last two probably could have been combined, but there isn't much I can do about the others since they're standardized. All of that winds up as a lot of connectors (14 at last count) that I need to unplug and remove from their routing to remove the playfield

With the playfield out I was able to take the cab down to get it sanded. That also meant I finally got to clean it out a bit. A lot of random stuff accumulates at the bottom of a pinball cab when you're building a game in it! 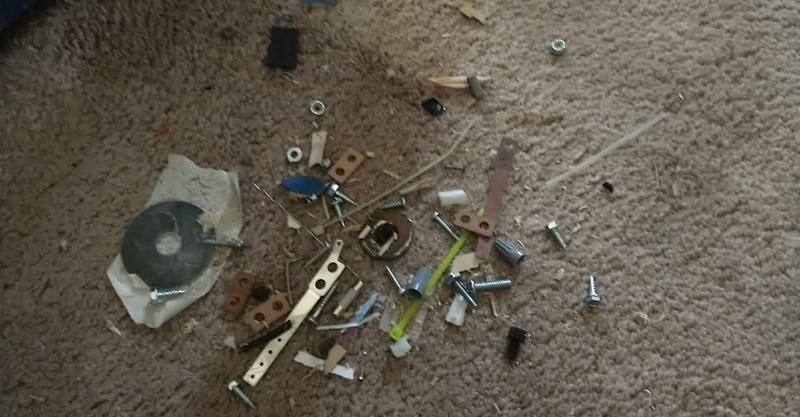 Now, time to sand it down: 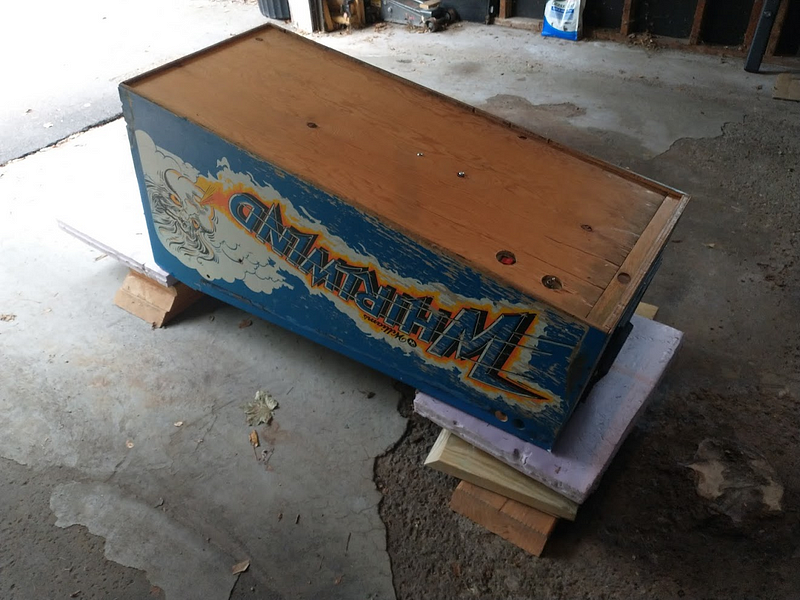 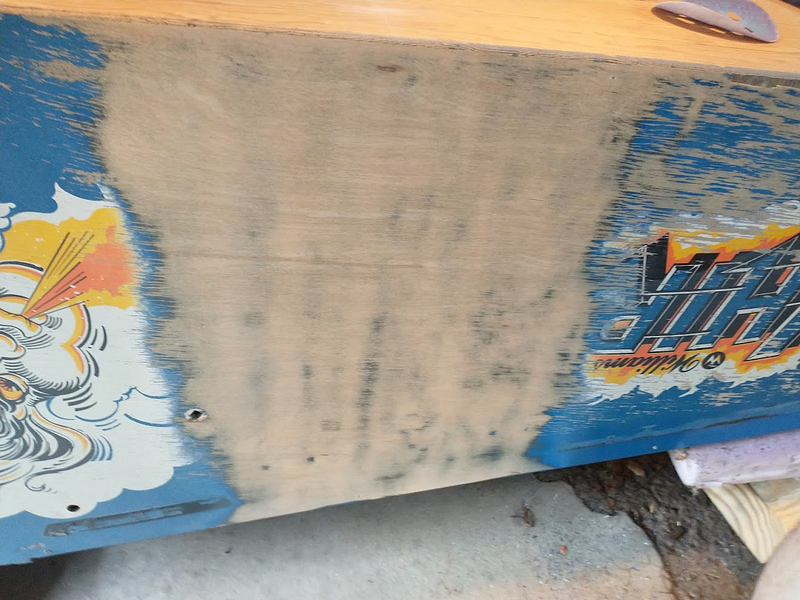 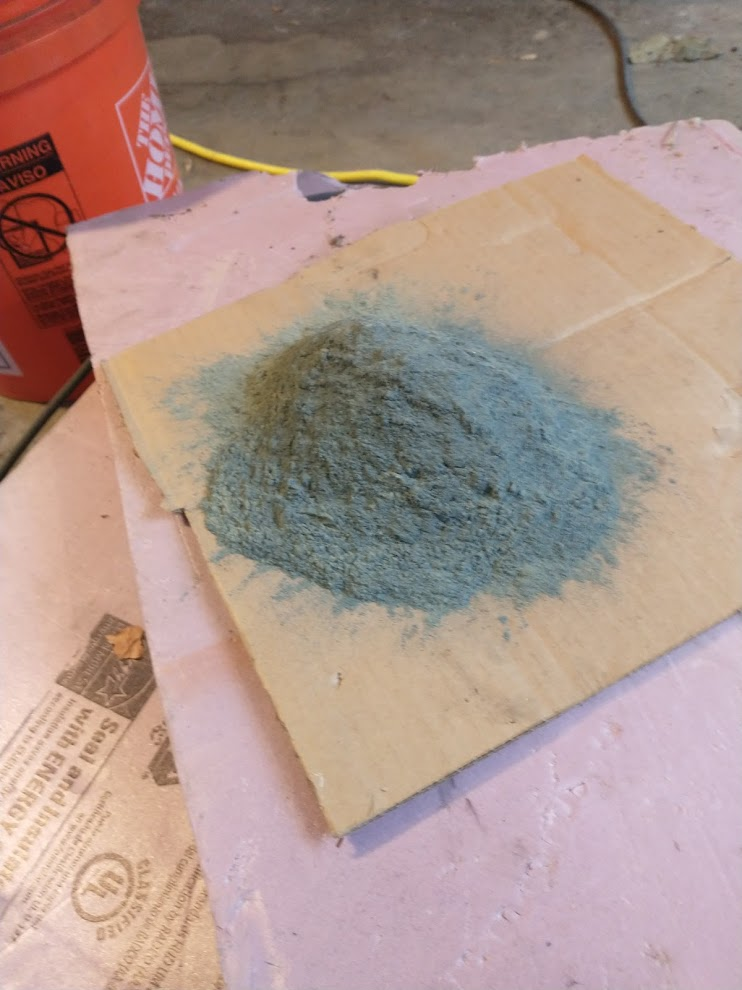 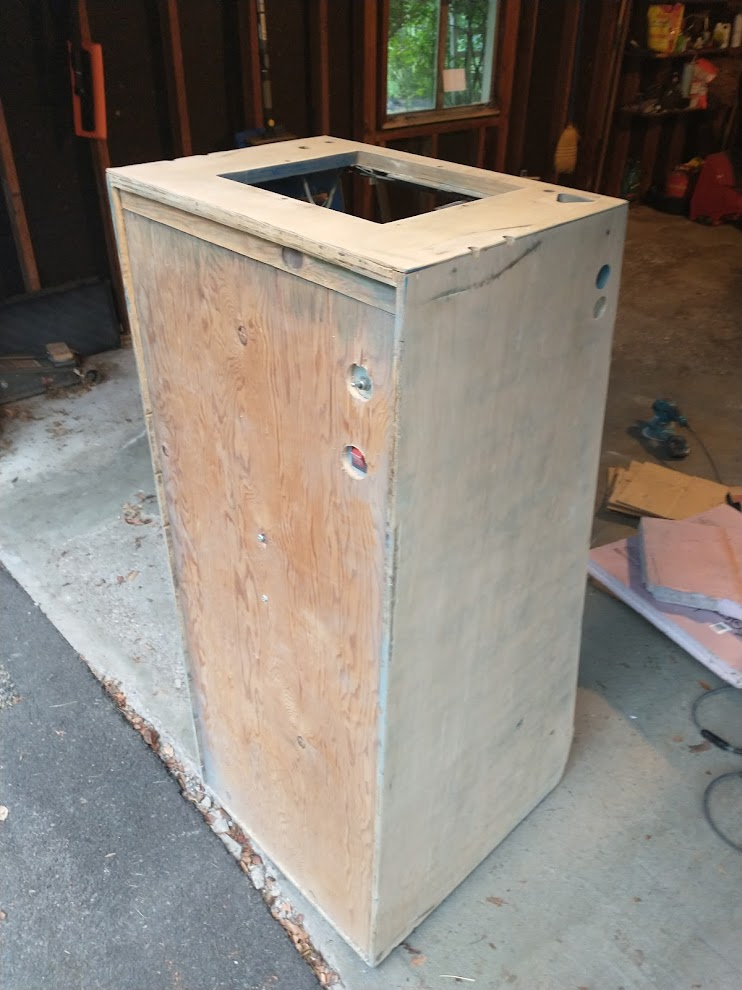 Next stop, Home Depot to buy some paint. I've never done a cab 'restore' before, so this should be interesting