Falling behind on updating this thread as the final crunch intensifies

Lots of little things going on...

I've been trying to track down all the 3D models I used for the build to print up spares. In a few cases I can't actually find the original file anywhere! Not sure what to do about that, as I thought I'd been tracking everything fairly well, with consistent naming and versioning. A few small things I had to re-model, or I'm stuck with just the generated g-code and I can't really edit it anymore.

With some plastics with art on them, I figured the mismatched drop targets stood out a bit, so I made some quick stickers for them 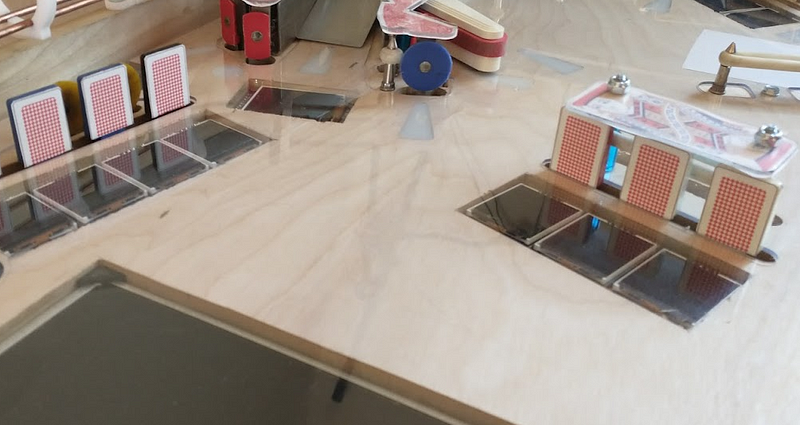 In a bunch of places I had holes in the playfield where I'd installed features and then removed them later, so I'd just taped some paper over them, but that was also a bit ugly. 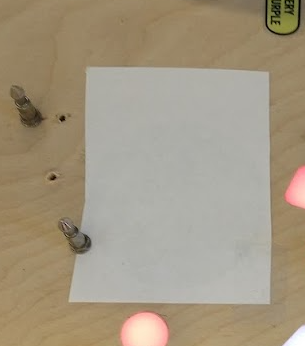 Luckily, I had some scans of the playfield from before I'd cut many of the holes, so I printed out stickers of the wood grain and covered them up 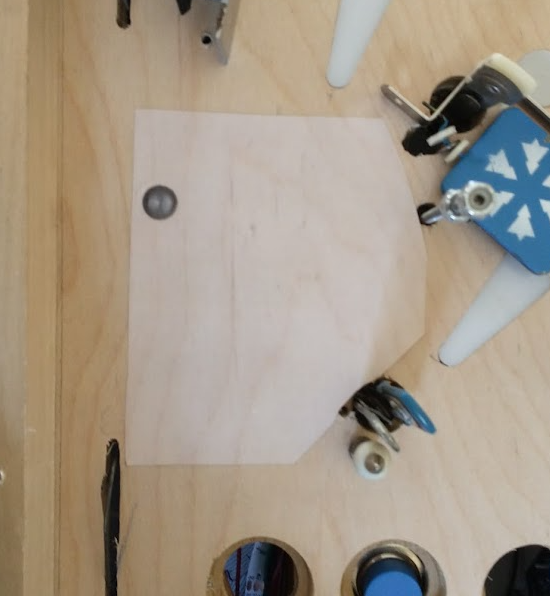 As more playtesting got done, I started having issues with a few connectors falling out of stuff. Usually I'd used connectors with latches/ramps to prevent that, but in some cases I couldn't. So I 3D printed some little braces to hold stuff in 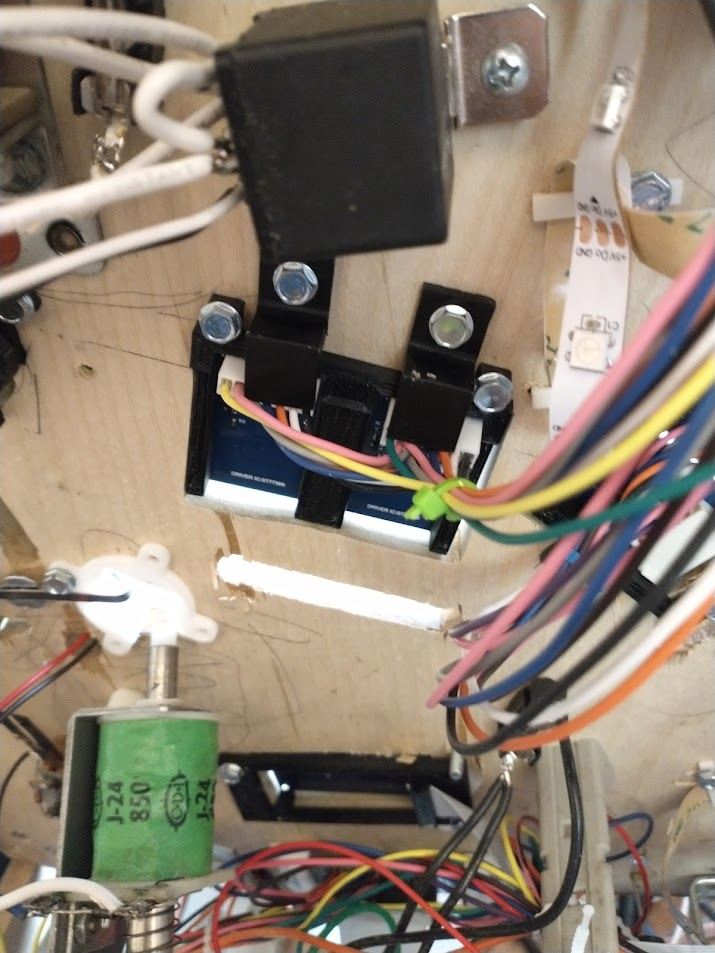 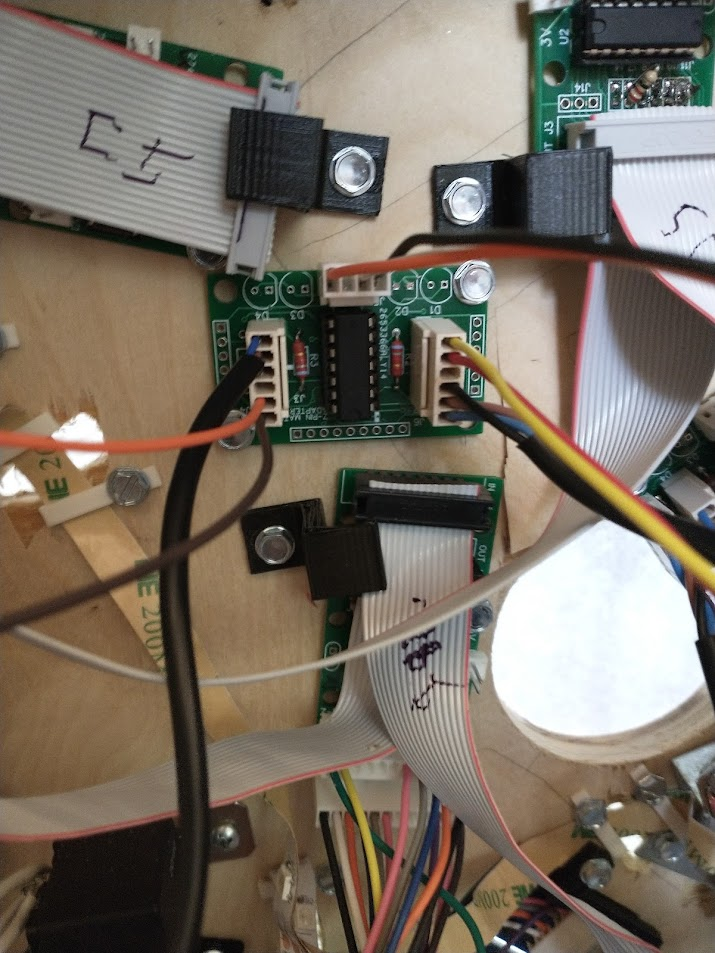 I did a bunch of little quality of life things in the code. Hold start to end game. Tweaks to a lot of switches. More instructional text. A lot more feedback as stuff is happening, like these little blinks when you hit something to help you know it wasn't a near miss or something