Game is getting increasingly hard to play due to the lack of a screen, so I decided it was time to bite the bullet and try installing the plastic sheet, which means I need to strip the whole playfield. Took it out of the cab for the first time in a while 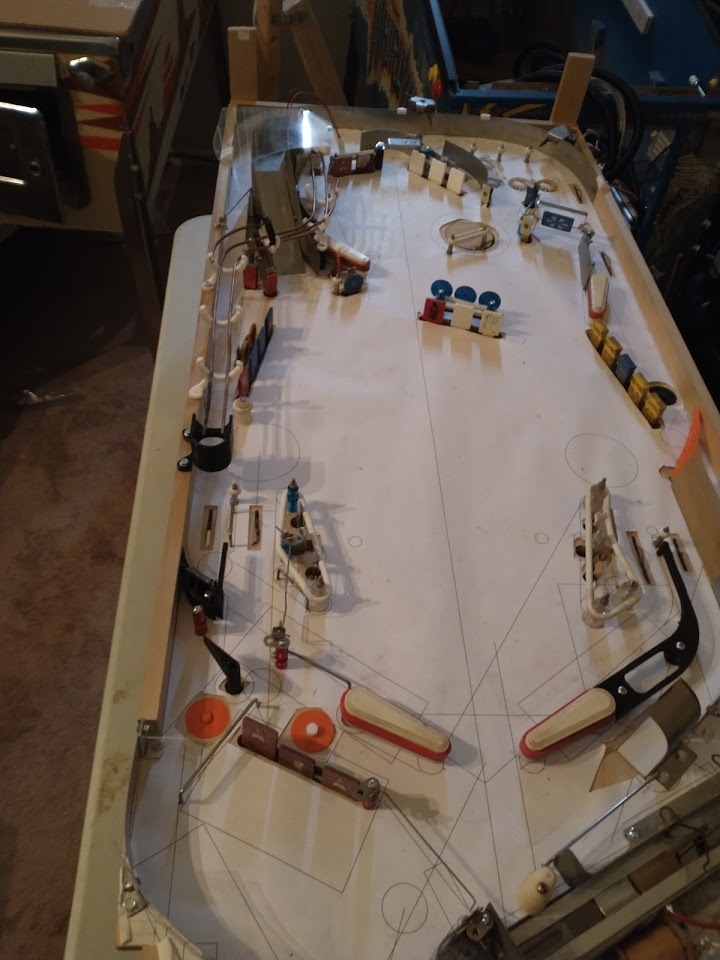 In some places, I'm glad that past-me thought ahead and installed connectors 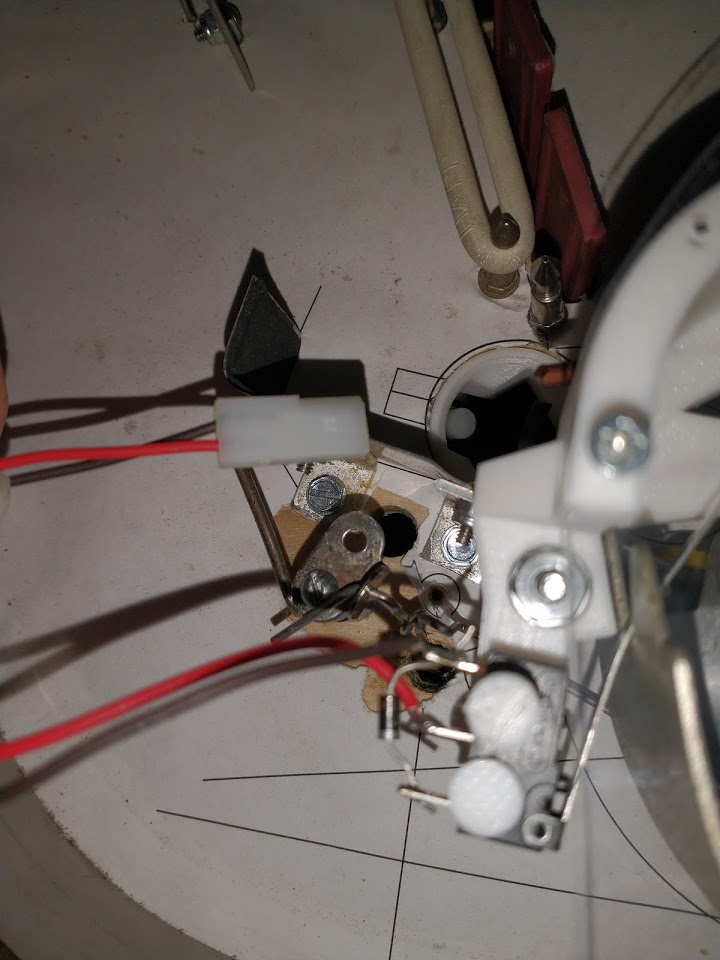 In other places, like the wires going to the trough mechs, I wasn't that smart, so I ended up cutting the wires, and I'll install a connector later. A few mechs I left hanging, since I didn't think to put connectors on them, and now they're wired in such a way that I can't easily add them.

Tear down went pretty quick and painless. There's not that much on top of the playfield, and all the drops have connectors so they're quick to remove. 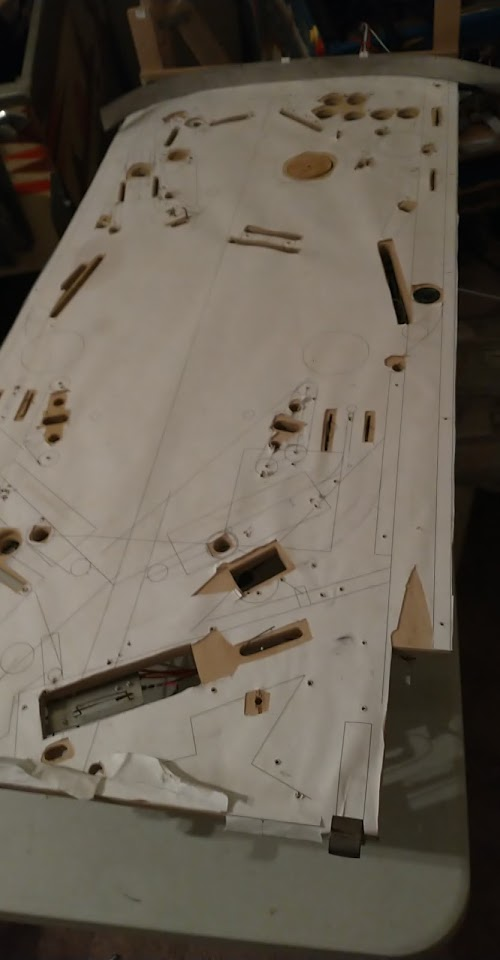 The biggest pain was all the standups. They didn't get connectors either since they're so scattered, and some of them barely fit through the playfield. In a few cases I actually assembled them through the playfield to begin with, so I needed to disassemble the target again to get it out.

The paper has held up pretty well to being played on over and over. 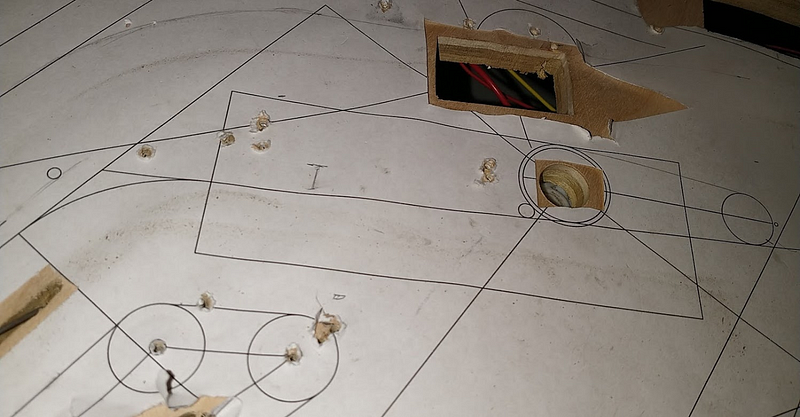 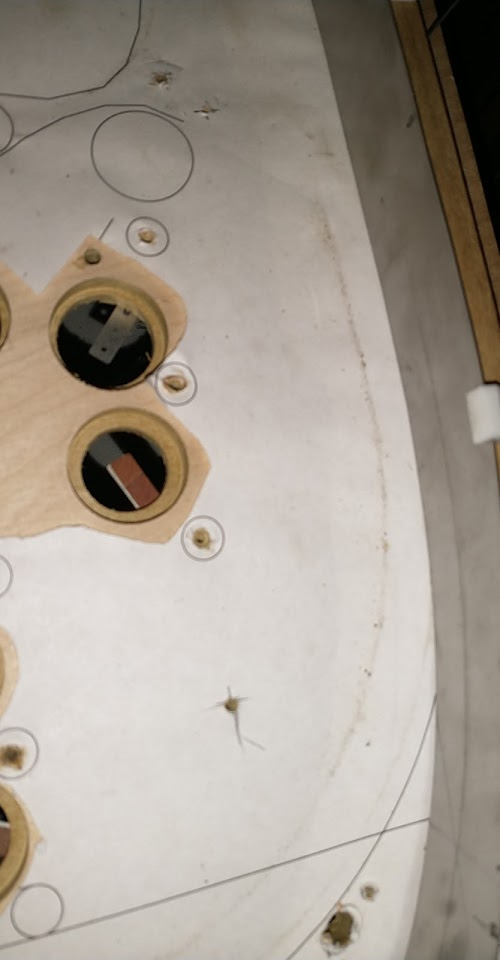 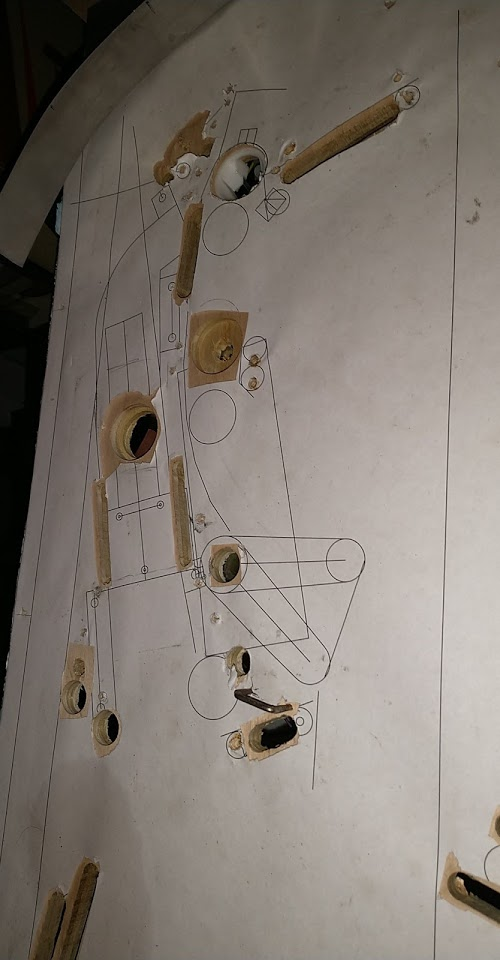 When I first installed it I worried that the ball would rip it up when I started flipping but there's no tears at all, even in high traffic places.

I moved all the playfield components to a spare sheet of cardboard to keep track of them: 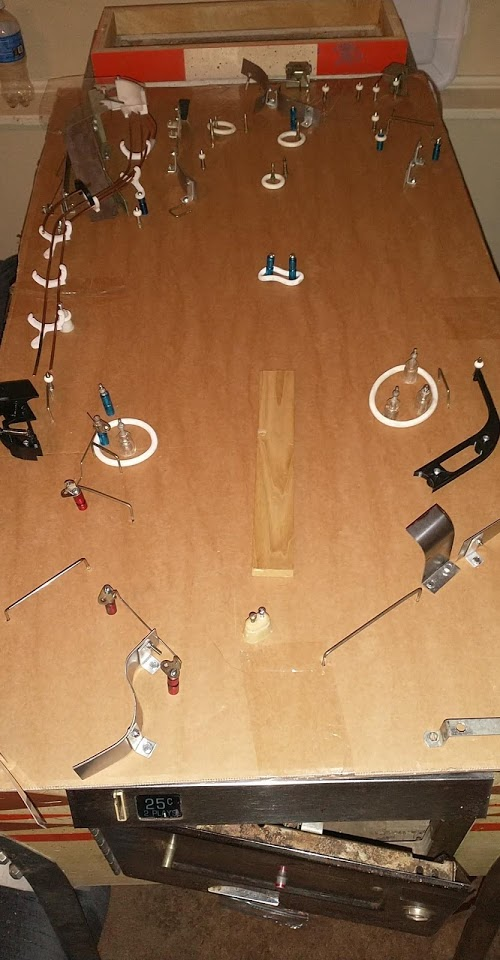 I wasn't very consistent about screws, posts, etc when assembling, and in some cases I even had to do stuff like grinding down plastic posts to make them shorter, so you really can't mix and match anything, and keeping it all straight like this is really important.

Taking off the paper reveals about what I'd expected: a ton of trapped sawdust everywhere. It's been messing with the ball and getting it stuck in places it seemingly shouldn't 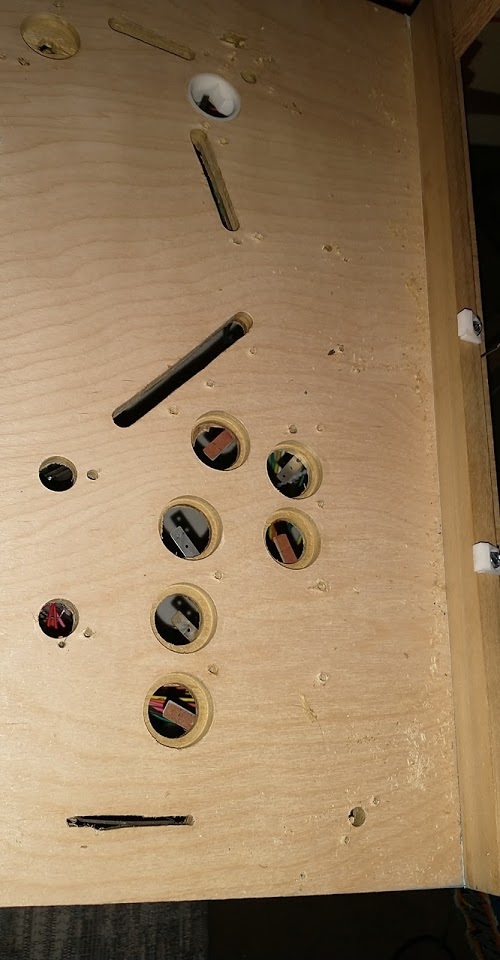 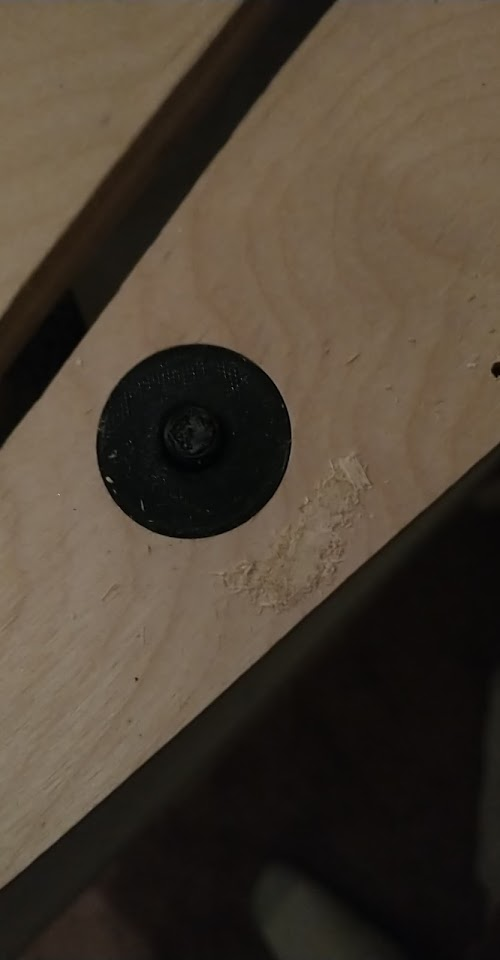 It also reveals something I hadn't anticipated; the wood around every screw is slightly ripped up and standing above the playfield 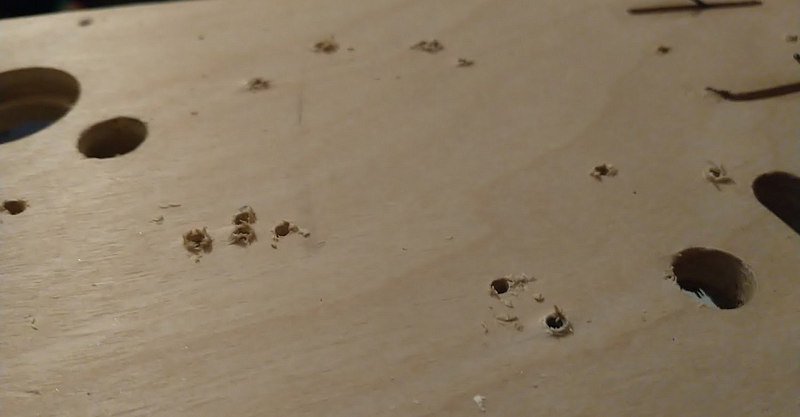 I'm not sure if this is just normal, or if it's caused by me screwing everything in without drilling pilot holes. Luckily these sanded down easily without affecting the finish of the wood at all 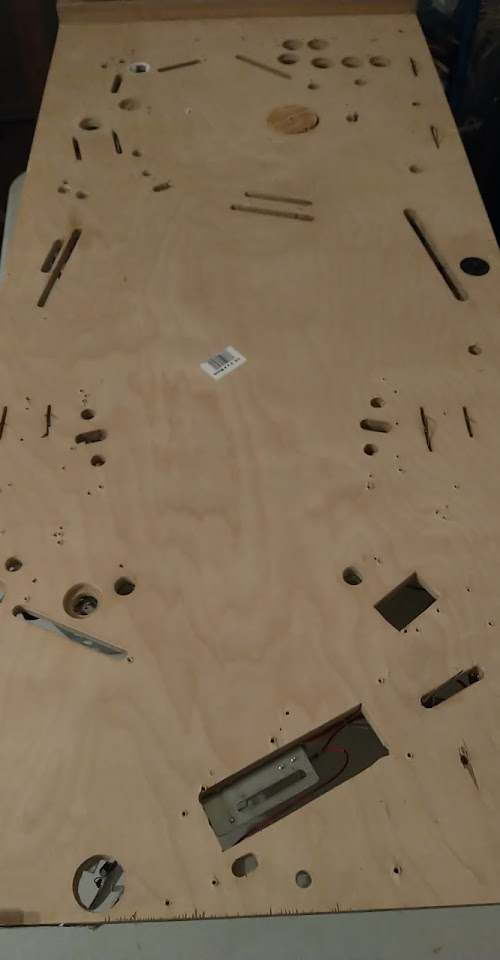 With the playfield all torn down, next I'll need to start cutting the plastic