Got the LED strip today. Was surprisingly easy to get working using adafruit's python library, worked the first time. Sadly I don't want to use the python library so I'll need to explore alternatives for integrating it with the rest of the code. I did some experiments with inserts. The circular ones lit up fine, but the larger ones like the arrows had a bit of coverage issues.
It's hard to get good pictures of leds lit up, but 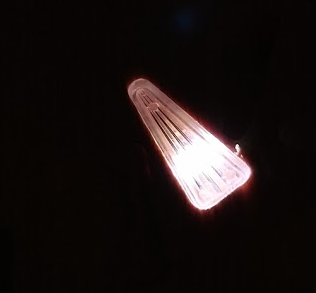 And here's an opaque one 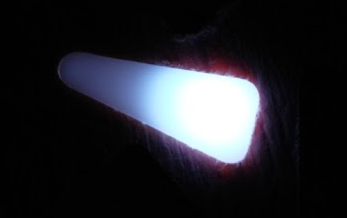 The clear one lit up a bit more evenly, but it didn't really look that good, you could clearly see the hot spot where the led was located. Surprisingly I think the opaque one looked better overall, and other colors seemed less washed out, which is nice since that's probably my only option...

I then played around with led placement. Putting it more towards the center or ends didn't help much; the ends were still pretty dim. What did help was cutting a bigger hole. here's a single led, positioned similarly to the previous photo, but with almost all of the insert cut through the playfield instead of just one hole the size of the led 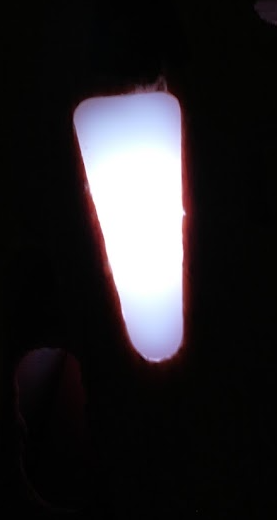 Probably good enough for me. I'll need to come up with a better way to cut those inner holes out, maybe another 3d printed router guide or something.

I also played with two leds under the same insert 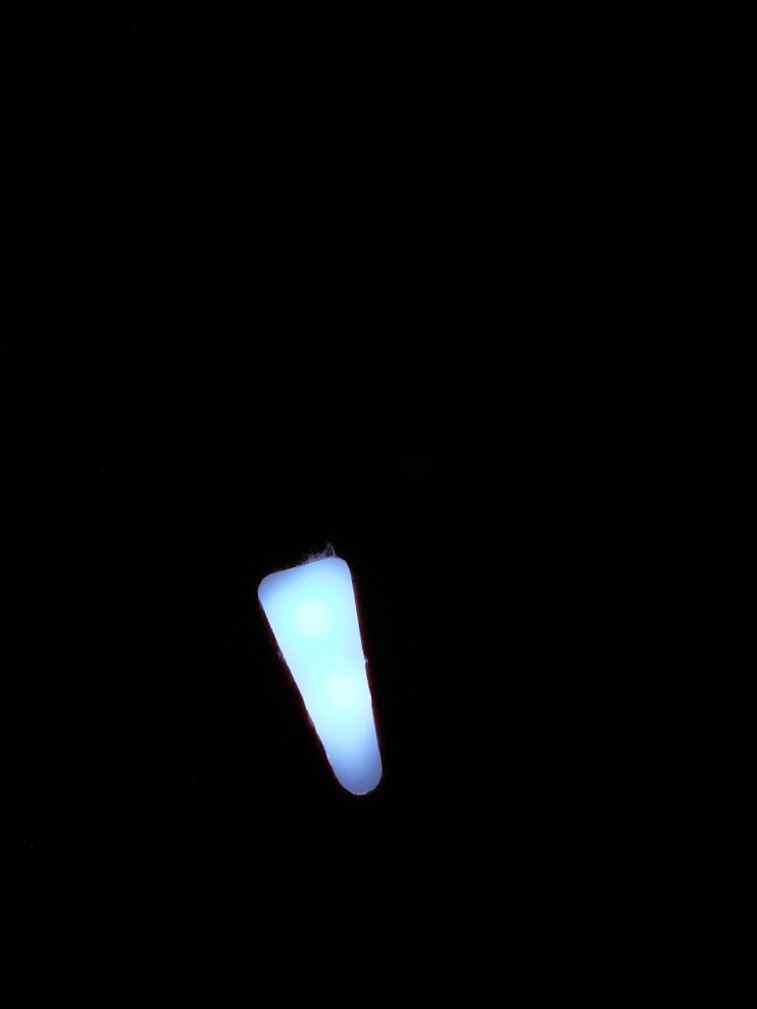 This looks a bit better than just one, but not as good as I was expecting. The hot spots seem more pronounced. I'm not sure if I'll be able to position the strip to hold two leds inside the arrow or not (the clamps haven't arrived yet). This is where a lot of people seem to use multi-led boards, which might be worth it at least for the main shots? I'll have to look around