I'd been getting tired of using the projector for everything, and with the lights taking away half of its use, I figured it was a good time to get to work on the other part of that: the cards themselves. I'd realized early on that having all the cards just printed on the playfield, unchangeable, would have a possibility for people finding certain cards to go for every time which would make the game less fun, and having the projector able to deal a random set of cards onto the playfield solidified that worry. And then I found some cheap LCD displays on ali express while searching for the main screen I installed before 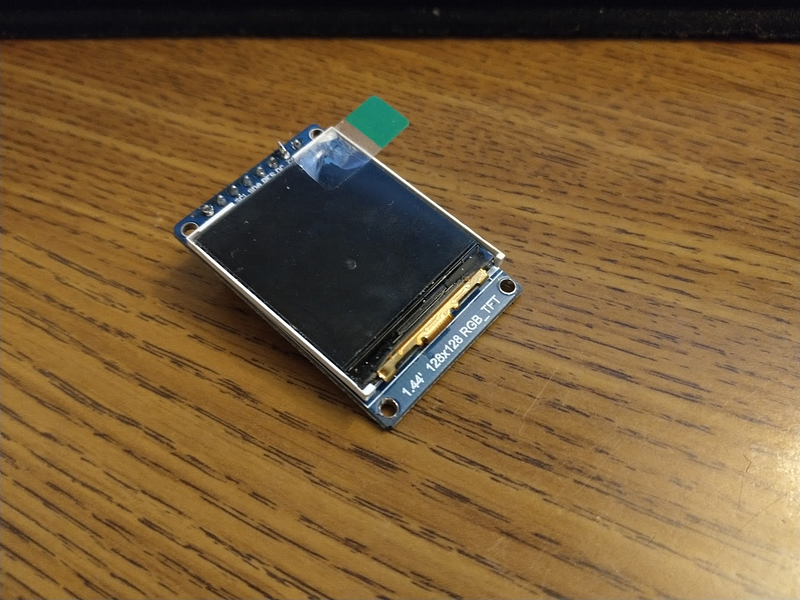 Turns out they were slightly narrower than the spacing on the drop targets: 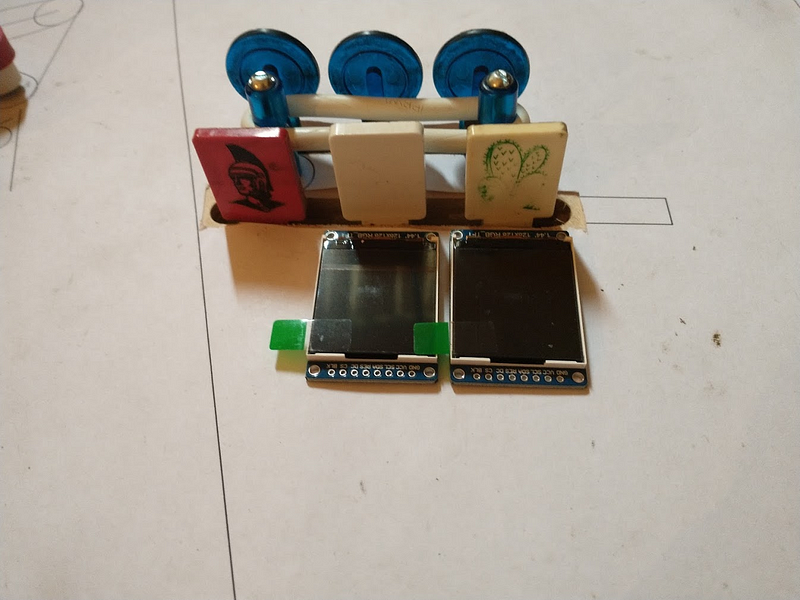 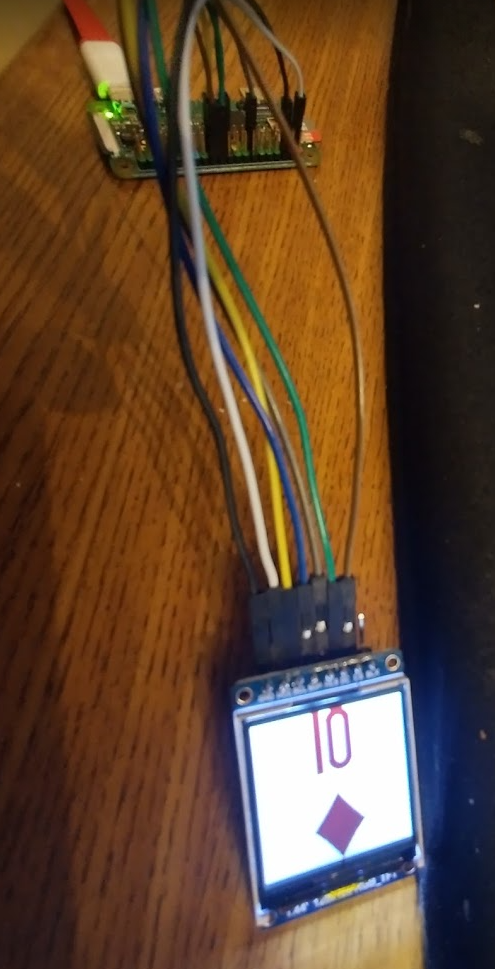 But could you drive more than one easily? I made a little board that had a shift register on it to control the CS line of the display, so that I could theoretically wire up to 8 displays to it 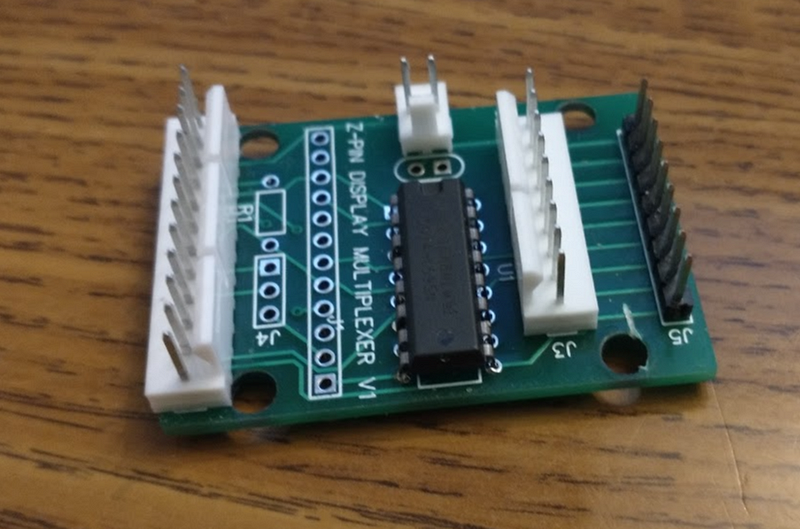 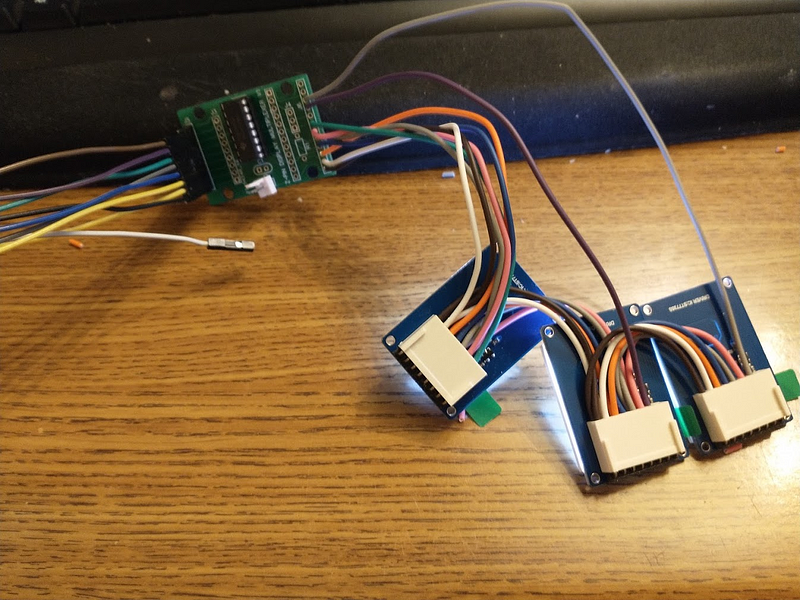 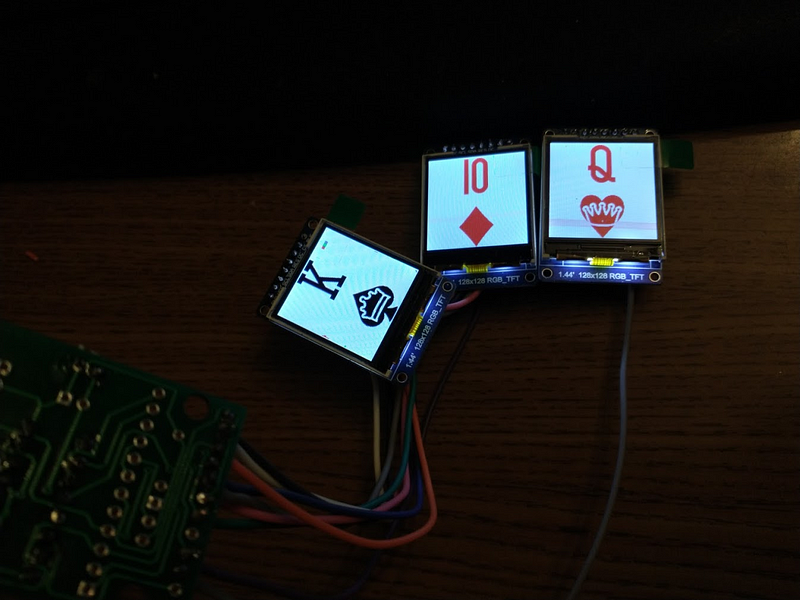 So far so good! Now, could I fit those displays in front of the targets? I did some measurements of the 3 bank in the middle and printed a bracket 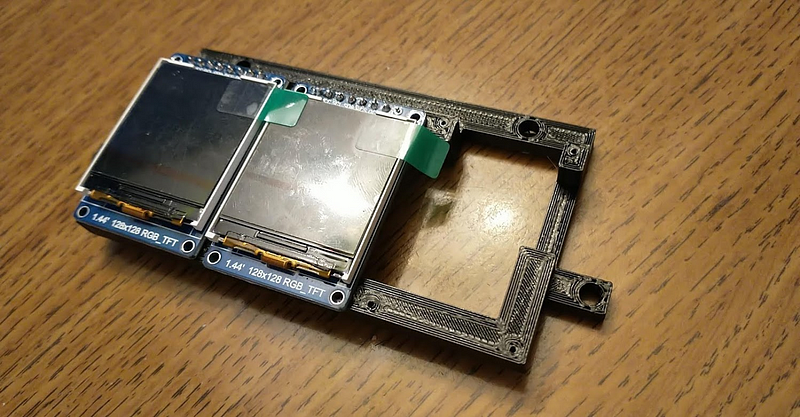 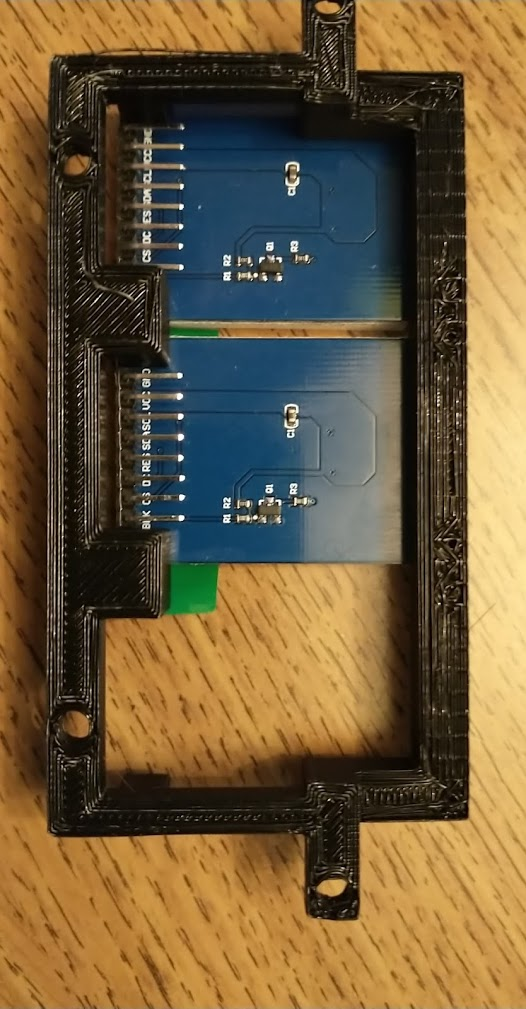 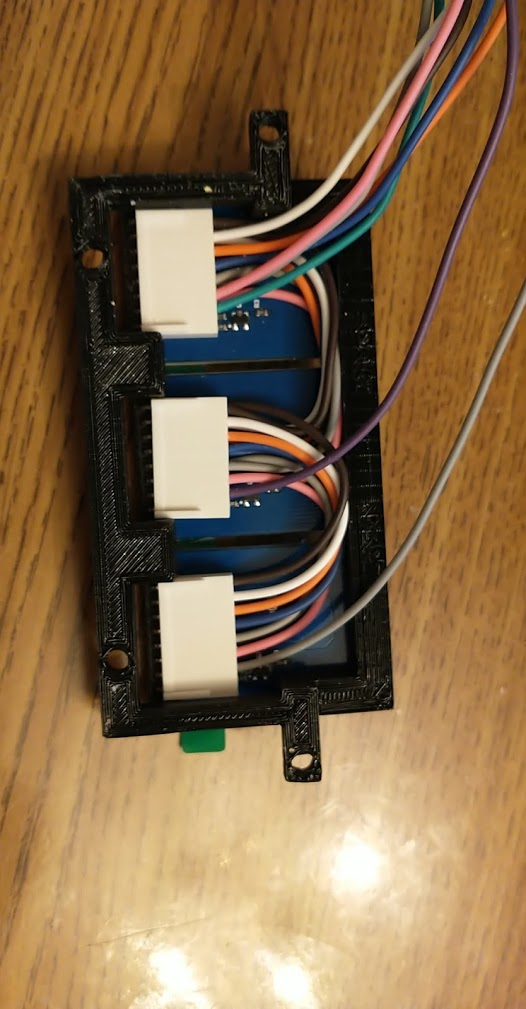 And they fit! barely. 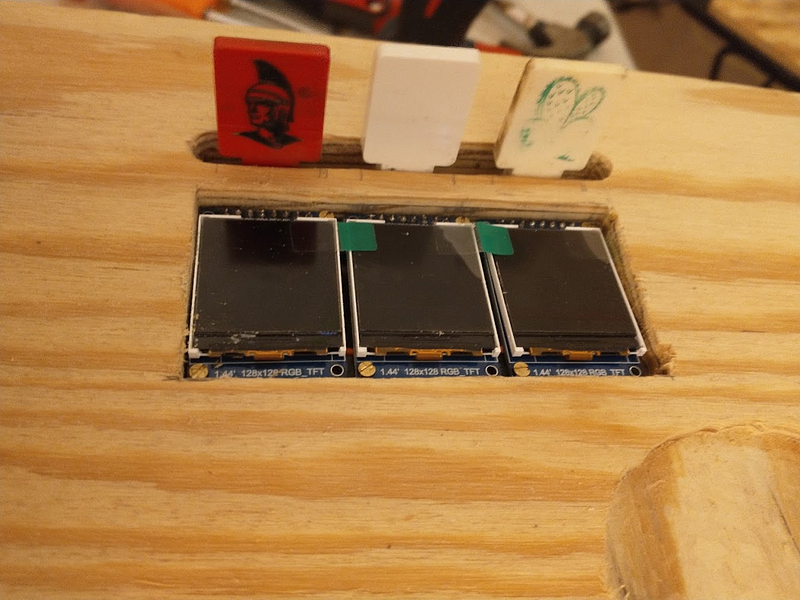 I programmed a simple tcp server to control them, and hooked the 3 displays into the game

Alright, proof of concept complete. Time to go way too far with this.

I'll need to custom make a bracket for every bank in the game, since they're all different manufacturers+sizes 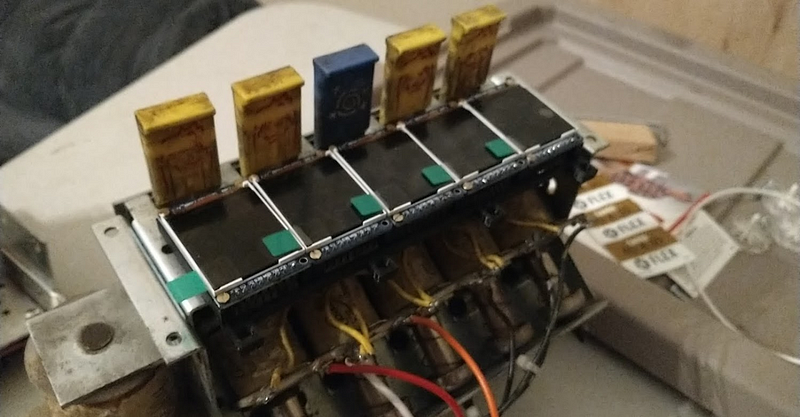 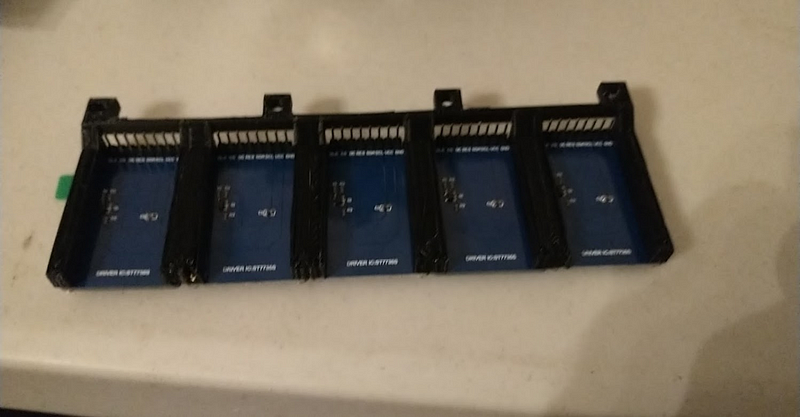 And since I'm already getting into this, why not throw some other single displays around the playfield? 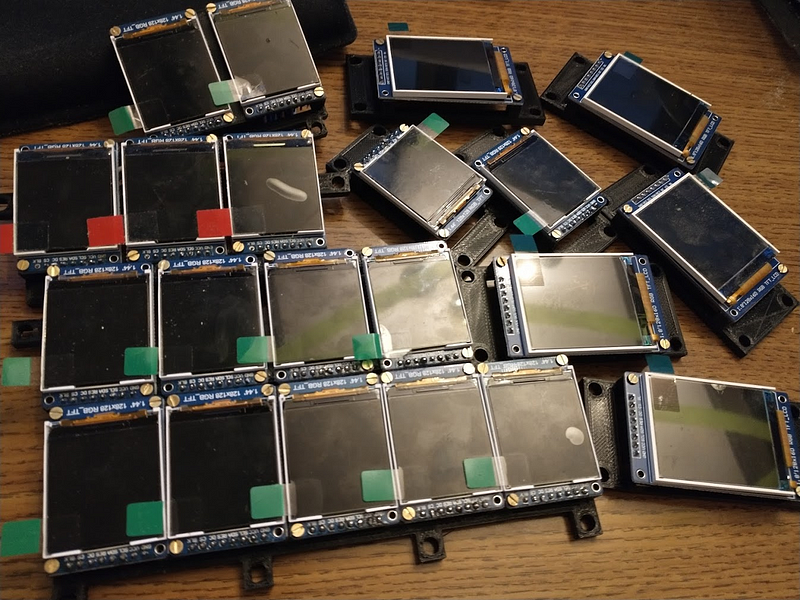 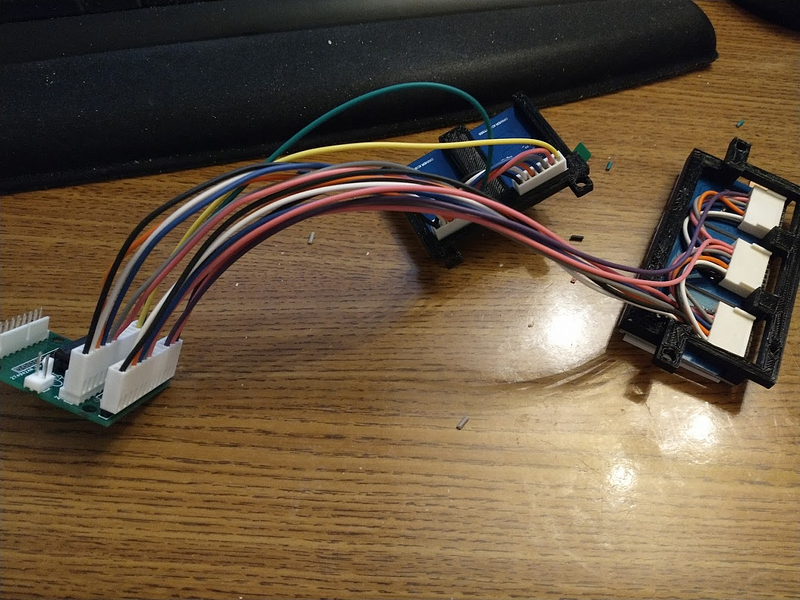 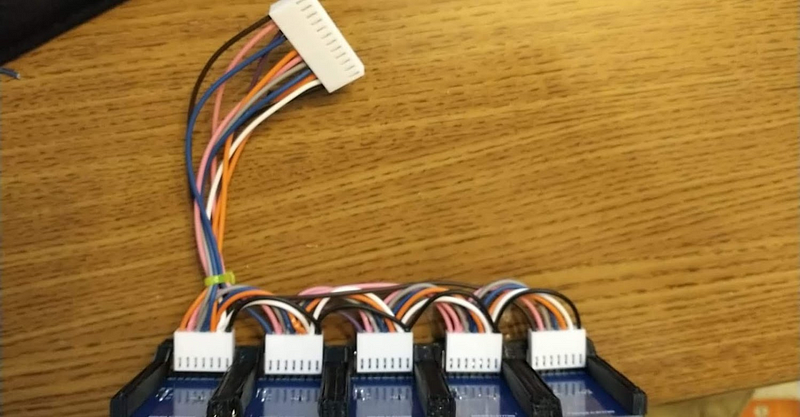 Now, can I actually drive them all? No. I lose signal around the fourth board. A lot of learning about signal integrity and I've got another version of my board with some termination resistors and a buffer chip to redrive the signal between each board 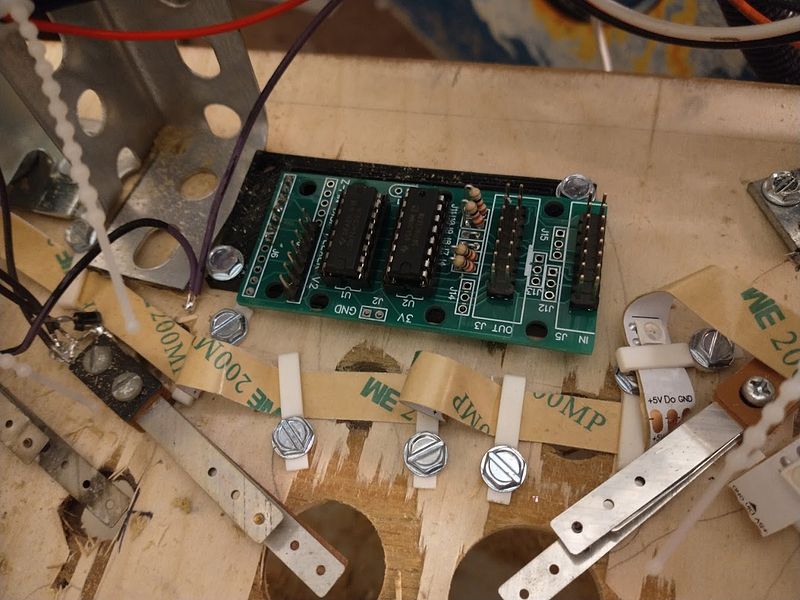 And with that, I can barely get all my displays to work

So I cross my fingers and cut a lot of big holes in my playfield. The amount of missing wood at this point is starting to concern me a bit, but it seems to hold up okay when the side rails are attached. 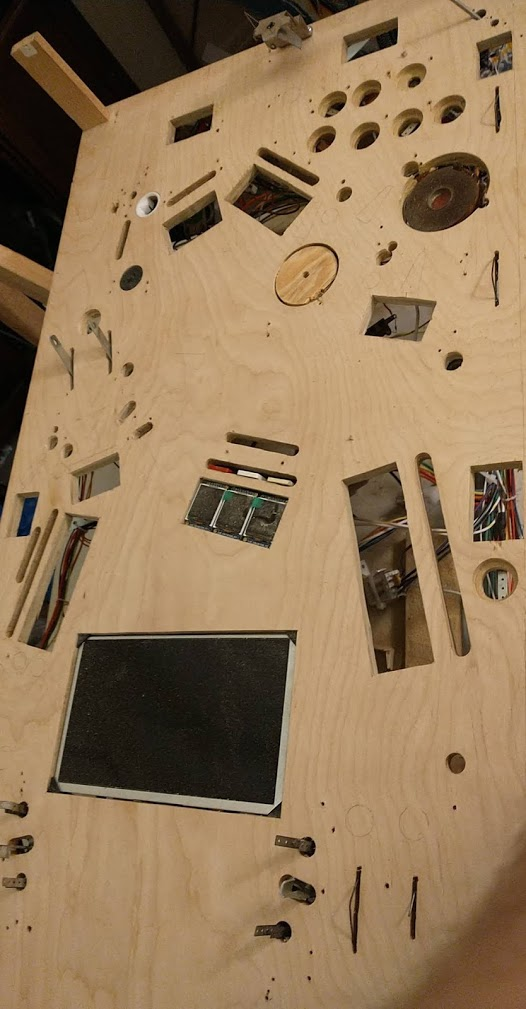 Wiring them up is also fun. So many ribbon cables! Almost looks like a Spooky game... 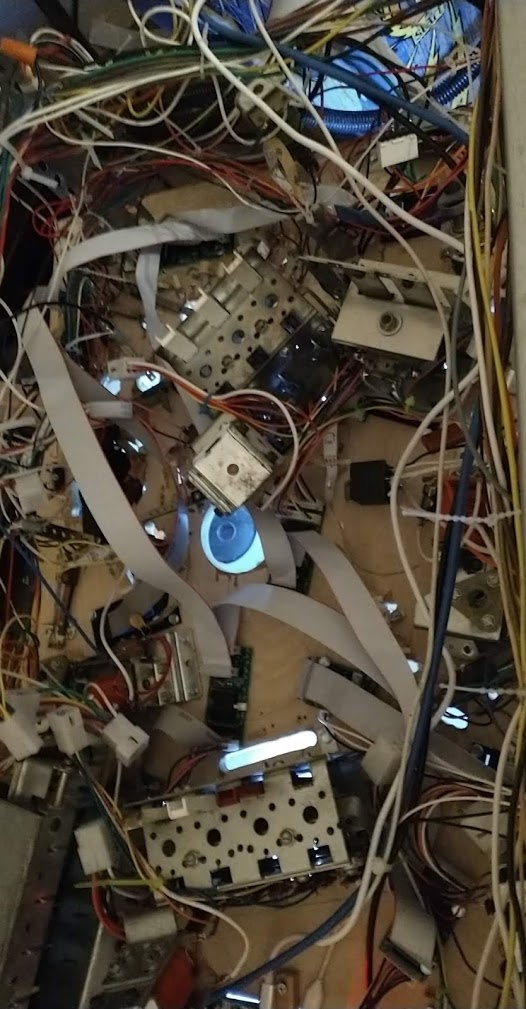 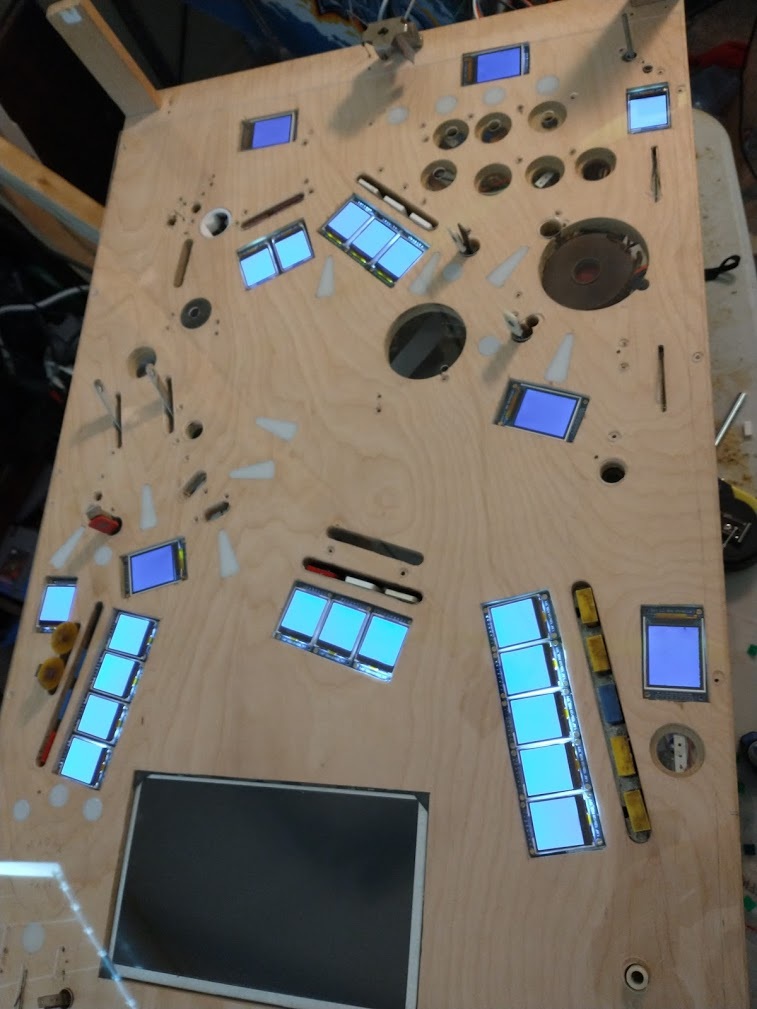 And once I finally got the whole playfield reassembed...