I'd been considering something similar, and then I saw these on the Sonic Spinball homebrew and got a link to the strips, so I added some light strips along the sides for GI. Actual GI bulbs had never really been in the plan, since they'd need to squeeze into some tight spots. Plus there aren't that many spots to put them, which confused me a bit at first. When you look at the playfield though, other than the slingshots and around the ramp, there's pretty much no spaces where a GI bulb could even go. When designing I like to make the most of the space, but maybe it's a bit too far?

I got some plain warm white LED strips, and some V channel guides for them: 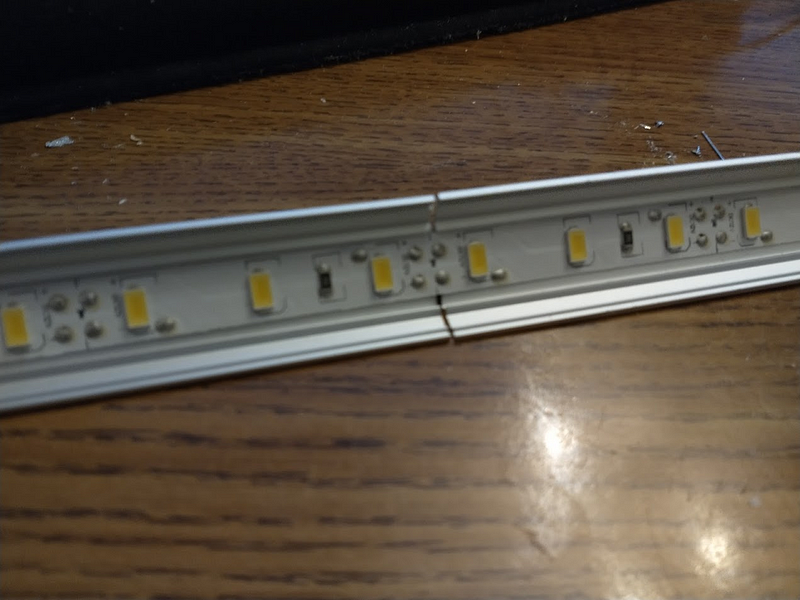 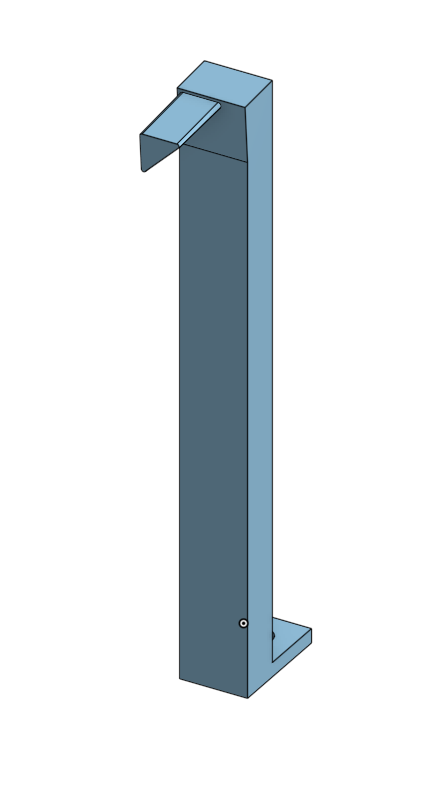 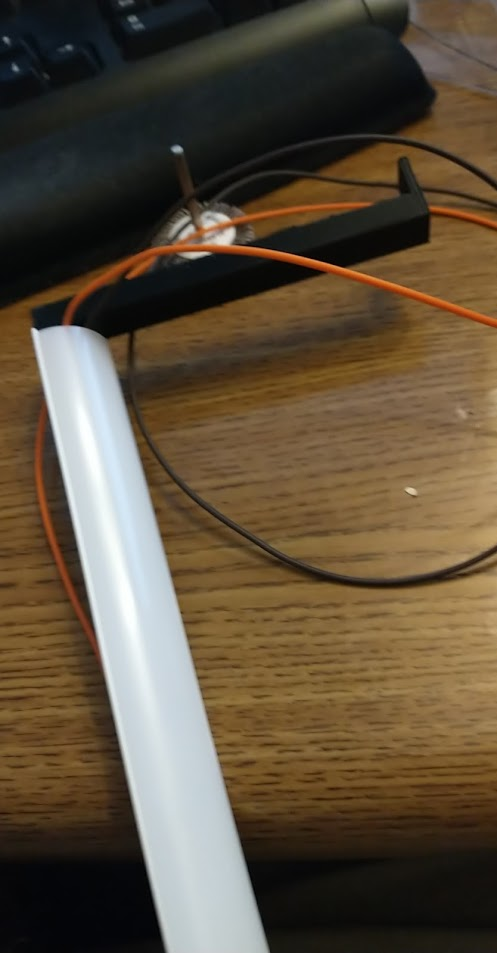 I mounted them onto the side rails, instead of to the cabinet like Sonic + Pinstadiums do, so there's no need to remove them when lifting the playfield. They sit about a millimeter below the glass 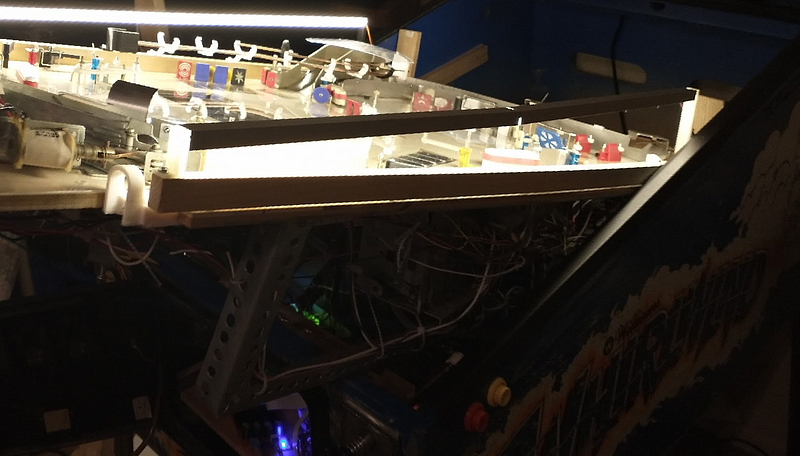 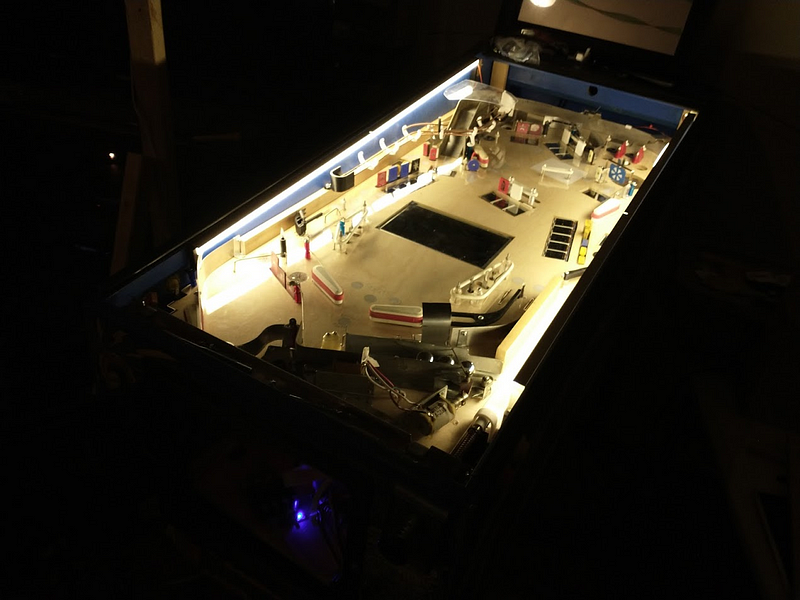 The illumination doesn't cover the whole playfield quite as nicely as I'd like, but if I wanted anything else I think I'd need to custom design some channels to aim them at like a 30 degree angle instead of the 45 or 0 angles commercially available.
If I'd planned these from the beginning, I might have made some custom metal channels, with some stronger metal mounting posts, so that I could actually set the playfield upside down on them for servicing (and maybe some spare attachments at the front to make it even). I like the idea of the playfield having complete protection when removed from the cab. I've got the support rails on the bottom covering that side, so I can easily pull the playfield out, set it down on a table or on end, and not worry about the mechs, but currently if I want to set it upside down I need to use the wooden back wall and manually install some more wood posts to the hangers in the front, which isn't too convenient. 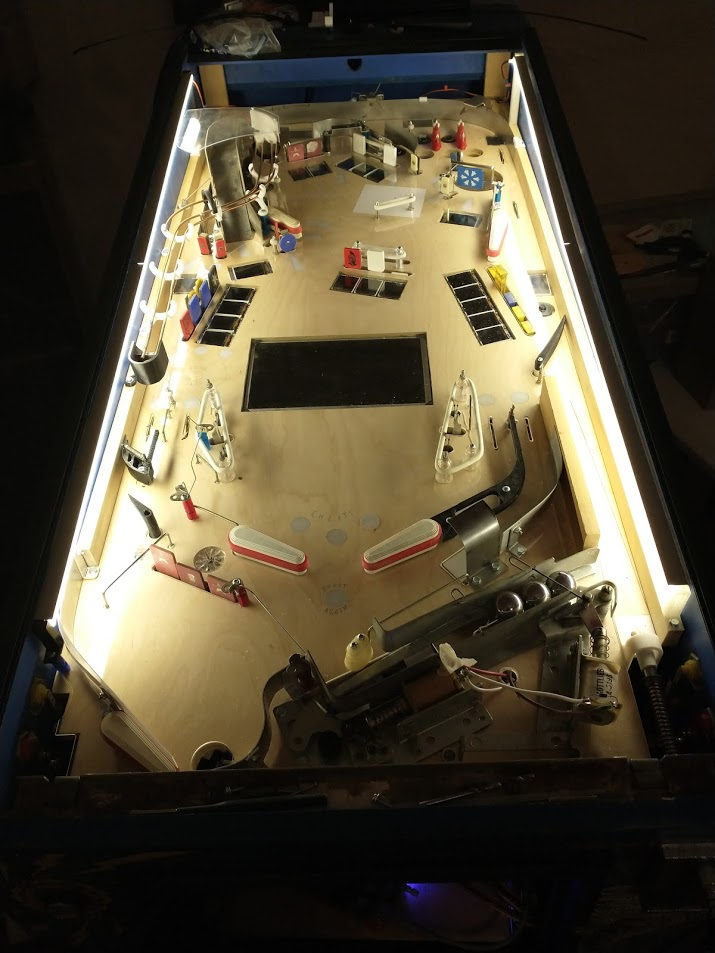 I'm not sure if that'd be worth the effort though, and I'm not sure how satisfied I am with this technique. For a whitewood like this that I've been winging the design on a bit, they're really nice. No need to make concessions for them in your plans or worry about wiring, etc, but they also have an annoying glare on the playfield. It's especially noticeable here since I have a perfectly flat acrylic sheet on the playfield, while a clearcoat would probably be a bit more subdued. The glare isn't in the main play areas, so it's not a deal breaker (they're better than no lighting!), but I'll have to think more about other options or tweaks to this in the future

While the coverage isn't completely even, these new lights do illuminate the back wall (or lack thereof!) though, so I'll need to think about that more at some point. Technically you could airball right over the back wall and into the cab currently, but I've never seen that happen. It also illuminates that there's a ton of dust on my playfield :/ Sadly that's what happens when your game sits for months with no glass on it, and I don't think that'll be changing any time soon. I may need to station a shop vac nearby for convenience though.... There's still a lot of ball hangups, etc currently so I couldn't really have the glass on for too long anyway. Actually I don't even have a sheet of glass for it since I stole it for another game to replace some non-tempered stuff; and I don't have a lockdown bar for it either. At some point I'm going to need to put a focus on getting some glass, getting a bar, installing an action button, and then dealing with all the stuff that keeps me taking the glass off: I'll need to make some plastics (easy, but may need to swap some posts to mount them), add some more stuff to prevent airballs from getting stuck places, make an apron of some kind, etc.