Sometimes to get an idea as you fall asleep saturday night.... and then spend your sunday making it work 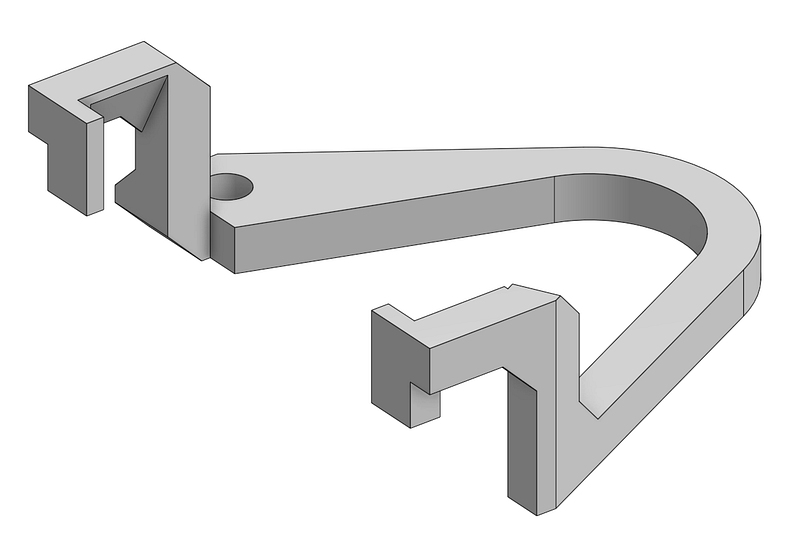 My upper magnet has never worked how I wanted. My goal was basically just to be able to shoot the left orbit and feed the upper right flipper. Magnet couldn't grab the ball. So I added the up post. That wasn't 100% reliable at even catching the ball, and when it did, the magnet still couldn't grab it somehow. So I cut the hole all the way through the playfield to give the magnet more power. Didn't help at all. When I made the new plastic playfield, I didn't even bother cutting a hole for the up-post. My thought was, instead of shooting the left orbit to feed the magnet, I should be able to shoot the spinner, and use the spinner to activate the magnet, since the ball would basically be in perfect position over the magnet when the spinner switch closed. But that, of course, didn't work at all. Magnets suck! I ripped out the magnet. Maybe I should just forget this entire idea about feeding the upper flipper. I basically only ever used it for one of my four multiballs which had a jackpot only hittable from the upper right flipper; it seems like a waste to put a whole mech in just for that. But the multiball was based entirely around that upper flipper shot (it's basically a lawlor throwback themed multiball), so I'd have to rewrite that whole multiball somehow. Plus then I'd have no need for the target under the upper left flipper which I've gone to a lot of pains to implement. There'd barely be any reason to have the upper flipper at that point; all it'd be useful for is trying to feed back to the upper playfield area if you drained out of it to the right.

So I needed some other way to feed the upper flipper. Before, on the left orbit, approach, I'd tried to figure out how to work a diverter in there, but there just wasn't room any way I could find. While watching the magnet fail to catch the ball via the spinner shot I thought, it'd be cool if I could like, have a raise-up captive ball. I've always liked how captive balls feed flippers but you don't see them in too many games. But there was no room in front of the spinner to try to make something like that due to the screen+lights. And I couldn't really put it behind the spinner since I had a giant hole there from the magnet and you wouldn't be able to see the captive ball well to aim for it. But I figured you don't really need a captive ball at all. Really you just need a wall for the ball to hit to fall back to the upper flipper. A single drop target that could raise up would be cool, but I think the rebound would be too fast. I really just want to deaden the ball and let it gravity feed for the shot to be makable.

In the up position, the ball goes underneath just like normal. When it's down it sorta catches the ball and lets it fall back down again. It isn't always a perfect feed but you can always get a flip at it